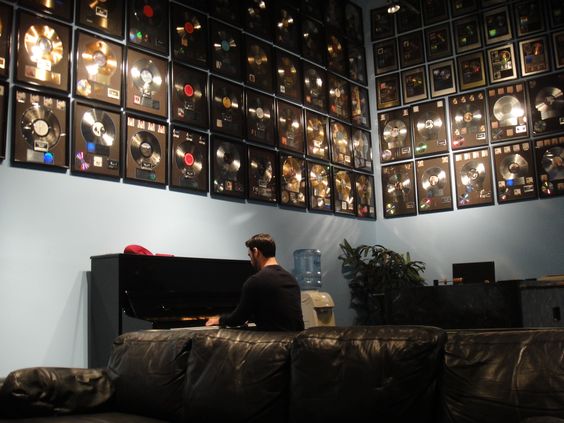 One of the most important elements to our approach at BusinessFlare® is to identify what exists in a community that needs to be exposed… What does your community have, that if people only knew about it, it could make a significant difference. Sometimes it is uncovering something others don’t see, and sometimes it’s just connecting the dots between assets in a very different way. This reinforces our approach and our specialty with niche economic drivers: things like craft breweries, marine and water industries and uses, and live music strategies.

In early 2021, members of the BusinessFlare® team explored the music scene in the Pinellas/Pasco County area. This visit included meetings and conversations with operators including Ruth Eckerd Hall and the Safety Harbor Art and Music Center. While the region’s various venues are somewhat disconnected and lack cohesion, there is an authentic music industry base in the area that many other places lack, and which can be repositioned for economic growth, entrepreneurship and cultural enhancement, and improved quality of life.

There are some assets that are significant, such as Ruth Eckerd Hall and the historic Bilheimer Capitol Theatre, and others that may not be as well known. Some of the assets may not be in one individual city but they are all close to each other and are still part of a unique music industry ecosystem, similar to the one that exists in North Miami. These assets can help advance a clear music related identity, especially in light of some of the area’s new investments

While it is important to have venues for everyone, both audiences and artists, it is also important to create an environment of cooperation and collaboration between the venues, because the success of one helps the success of others. In the same way that the Fillmore Miami Beach doesn’t compete with Churchill’s in Little Haiti, Ruth Eckerd Hall does not compete with smaller, more regional or local venues, which do not compete with live music or singer/songwriters at craft breweries or coffee houses; but they do all provide opportunities for artists to showcase their talent and for the public to learn about and enjoy new and enhanced cultural offerings. Creating a cohesive “music city” concept will also increase the awareness of the talent and offerings in the region, improving the area’s ability to compete with Tampa proper, and attract additional audiences and artists to the market.

But a true music industry ecosystem needs more than venues. It needs music equipment shops, equipment servicers, rehearsal space, and recording studios, so that everything a practicing musician needs is conveniently available nearby. During our visit earlier this year we found that there are a number of recording studios in the area, and there is some, but limited rehearsal space that we could identify. There are music equipment stores in the area, including large and small retailers and there are also numerous music schools which provide opportunities for students and teachers.

Music provides communities an opportunity to grow a sector that provides entrepreneurial, cultural, educational and employment opportunities, improves the community’s identity and brand and its regional competitiveness, enhances the quality of life, and supports some of the new, significant investments. The BusinessFlare® Approach can uniquely identify strategies to bring cohesion to this industry and to expose its opportunities to the world, while also identifying any gaps in the marketplace for music that can further enhance the industry and the city.

What makes our approach to Live Music as an Economic Development Strategy unique and authentic is that BusinessFlare® Principal Kevin Crowder, is also a practicing musician who identified a “music city” concept for economic development in North Miami, where he found that over a dozen smaller recording and rehearsal studios had sprung up around Criteria Studios (pictured above), whose credits include Layla, Hotel California, I Feel Good, Margaritaville, and Rumours. This led him to look for gaps in the music ecosystem. “What I realized was that as a musician I went to North Miami to rehearse, to record, to buy my gear, and to get my gear serviced and then I went somewhere else to perform. At the same time, the venues in South Florida were disappearing at a rapid pace, which highlighted an opportunity that we are now pursuing for the area.“